Since 1946, Florida’s population has grown every year. | Joe Raedle/Getty Images

Florida is once again the fastest growing state in the U.S., according to a Census report released Thursday, reclaiming the top spot for the first time in more than 60 years.

The Sunshine State saw a 1.9 percent population increase from 2021 to 2022, surpassing population growth in any other state for the first time since 1957.

Since 1946, Florida’s population has grown every year — even when U.S. population growth slowed overall. But in past years, it’s been edged out by Nevada, a state whose population today is a whopping 22 times its population in 1946.

Florida’s isn’t the only state with a rising population. Overall, the U.S. population is ticking back up after historic lows during the peak of the Covid-19 pandemic. Most of that growth is due to immigration, according to newly released Census data.

The South saw the greatest growth of any region (1.1 percent), thanks to both domestic and international migration, followed by the West, which clocked a smaller 0.2 percent population increase. The Northeast and Midwest, meanwhile, both saw slight population declines (dips of 0.4 percent and 0.1 percent, respectively).

The report comes as the U.S. sits on the precipice of a migration emergency, with states preparing for the arrival of an influx of migrants as the nation’s Title 42 immigration policy is set to expire. On Monday, the Supreme Court granted an administrative stay to pause the roll back, which was originally set for Wednesday. Still, thousands of migrants have gathered at the U.S.-Mexico border, leading the mayor of El Paso, Texas, to declare a state of emergency over the weekend.
Source:Politico 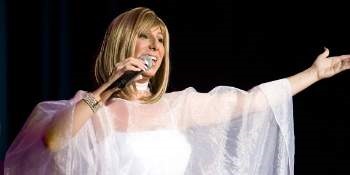