Unconditional Surrender is a series of sculptures by Seward Johnson resembling a photograph by Alfred Eisenstaedt, V–J day in Times Square, but said by Johnson to be based on a similar, less well known, photograph by Victor Jorgensen. The original statue was first installed in Sarasota, Florida, then was moved to San Diego, California and New York City. Other versions have been installed in Hamilton, New Jersey; Pearl Harbor, Hawaii; and Normandy, France.

Seward Johnson first built a life-size bronze precursor to the huge statues of Unconditional Surrender using computer technology. A 25-foot (7.6 m)-tall styrofoam version of the work was part of a temporary exhibition in Sarasota, Florida in 2005, at its bay front.[1]

Johnson proceeded with the manufacture of aluminum versions of the 25-feet-tall statue, marketing them through a foundation he had created. He offered copies ranging from $542,500 for styrofoam, $980,000 for aluminum, and $1,140,000 for bronze.[1] Johnson established the Sculpture Foundation to disseminate his work.

Interest in a revisit to Sarasota in 2009 was cultivated by a director of a bayfront biannual show and an aluminum copy was placed at the bayfront, again temporarily. An “88-year-old donor, who served in the U.S. Navy during World War II” offered to pay half a million dollars for it against an initial asking price of $680,000.[7]

While some members of the community supported the statue, others felt the statue was not good enough to be displayed on the bay front. The Chairwoman of the Public Art Committee at the time said that “it doesn’t even qualify as kitsch…It is like a giant cartoon image drafted by a computer emulating a famous photograph. It’s not the creation of an artist. It’s an artist copying a famous image.”[7] The statue was immediately controversial, with some people calling for its removal[8] for various reasons, including the fact that it may constistute copyright infringement.[9]

Joel May, a Sarasota architect and a member of the city’s public art committee, raised an issue of possible copyright infringement, because of the similarity of the sculpture to V–J day in Times Square, published in Life in 1945 and still protected by copyright. Johnson said he was aware of this issue, and had used another photograph of the kissing couple taken by Victor Jorgensen, which is in the public domain.[10] The attorney for the municipal government said that the attorneys for Johnson and the donor had fulfilled the requirements set by the city commission, making way for exhibition of the statue for at least ten years.[11]

An automobile crash occurred on April 26, 2012[12] during which the Sarasota copy of the statue was struck by a vehicle and was damaged. The impact knocked about a 3-foot-wide hole out of the sailor’s foot and added more hairline cracks to its frame. This led to the statue being taken down by the city,[13] which laid the statue onto its side, close to the site, while insurance companies negotiate over liability and repair issues. The minimum distance for a road hazard established by the state of Florida is fourteen feet, but barely met that standard because it was erected near one of the busiest and most complex intersections in the city.[citation needed] The statue attracted visitors who gathered around the base and often backed up to the curb to take photographs. No one was present when the automobile jumped the curb and careened into the statue. Debate about returning the statue to that location has begun, with an editorial calling for moving the statue to a safer location, as had been advocated by critics before the statue was placed for the controversial ten-year display.[14] The statue was re-erected near the Sarasota shoreline in December 2012.[15]

In March 2012, the San Diego Unified Port District voted to purchase a permanent bronze replacement for the loaner. This controversial move resulted in the resignation of three board members.[6][16] Despite the controversy, construction of the new weather-resistant bronze statue proceeded,[17][18] in part due to a fundraising campaign by the Midway Museum that raised US$1 million. 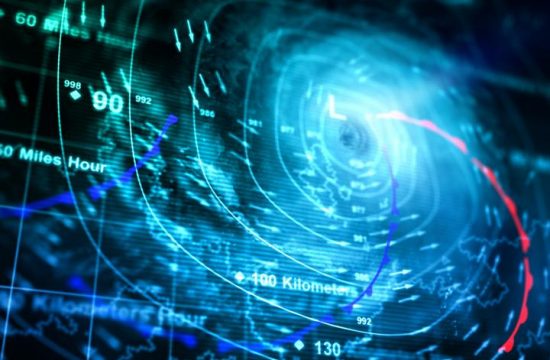 Shark migrates from the Arctic