20th anniversary season to feature Caroline, or Change, Your Arms Too Short to Box with God, Ruby, and Flyin’ West, plus holiday offering, A Motown Christmas

SARASOTA, FL – Westcoast Black Theatre Troupe (WBTT) has announced its 20th anniversary 2019-2020 season. In addition to four regular-season shows, the schedule includes a special holiday show, available outside of the subscription. Running from January 8 through July 12, 2020 – the theater will be undergoing renovations through December 2019 – the regular season shows are Caroline, or Change, Your Arms Too Short to Box With God, Ruby, and Flyin’ West. The holiday show, which takes place in December of 2019 at the Sarasota Opera House, is A Motown Christmas.
“We are celebrating women in this season – women who face up to challenging circumstances, breakthrough barriers, and do so much to ‘carry’ families, society and cultures in all the meanings of that word,” said WBTT Founder and Artistic Director Nate Jacobs. “Audiences will meet and be moved by memorable characters this season. I am especially excited to present the world premiere of a show I wrote with my brother, Michael: Ruby.”
“This is a landmark year for us – we are so excited about the upcoming renovations to our theater building and, while that has pushed back our subscription season-opening show to January, we know this season will be worth the wait,” added WBTT Executive Director Julie Leach. “We are looking forward to featuring diverse characters and stories that examine a wide range of circumstances while staying true to our mission to produce professional theatre that promotes and celebrates the African-American experience.”
WBTT opens the subscription season with Caroline, or Change. Set in 1963 in small-town Louisiana, the Broadway musical tells the compelling story of Caroline, an African-American maid, and her employers, the Gellman family. The score weaves blues, gospel and traditional Jewish klezmer music with lyrics by the playwright to tell the story of a changing America in a turbulent time. It’s an intensely personal story by Tony/Pulitzer/Academy Award-winning writer Tony Kushner (Angels in America, Steven Spielberg’s Lincoln). Director is Jim Weaver. Show runs January 8 – February 16, 2010.
Next up in the regular season lineup is Vinnette Carroll’s Your Arms Too Short to Box with God. Based on the Book of Matthew, this soaring celebration in song and dance tells the story of Jesus, his apostles, and the women who inspired, followed and consoled him. From parables to miracles, from crucifixion to resurrection, it’s a tale of love, betrayal and redemption, told through rousing gospel music. WBTT’s production celebrates the show’s creator, the late Vinnette Carroll, who was the first African-American woman to direct a show on Broadway. Harry Bryce will direct. Runs February 26 – April 5, 2020.
The season continues with Ruby, a world premiere new musical. It tells the story of the 1952 murder in Florida of a white doctor by a black woman, guaranteeing a conviction for the woman bold enough to commit such a shocking crime and bringing celebrated writer Zora Neale Hurston to town to cover the story for a northern newspaper. This powerful and haunting musical, written by Jacobs – who will also direct – with collaborators Michael Jacobs and composer/lyricist Darin Atwater, explores the secrets just beneath the surface of the idyllic, genteel exterior of a quaint Florida town, evoking the themes of today’s #MeToo movement. Runs April 15 – May 24, 2020.
A show that WBTT previously offered as a staged reading, Flyin’ West by Pearl Cleage, closes the season. In the 1890s, the lives of a small group of African-American women change after they leave the oppressive South and settle in the all-black town of Nicodemus, Kansas. Their hope and determination to survive in a harsh region are tested as they build new lives for themselves and their families. When a male relative arrives and pressures them to sell the land they claimed and worked with their own hands, the women face tough decisions. With flashes of humor amid serious themes, Flyin’ West sheds new light on a chapter of American history that’s seldom told, as it explores questions and conflicts that still resonate today. Resident director Chuck Smith will return to Sarasota to direct this show. Runs June 3 – July 12, 2020.
During the holiday season – back by popular demand but for a very limited engagement – WBTT presents A Motown Christmas, which is created, adapted and directed by Jacobs. Celebrate the season with this festive holiday revue. It’s the perfect blend of traditional Christmas carols paired with soulful songs made famous by such Motown celebrities as Marvin Gaye, Stevie Wonder, the Supremes and The Jackson 5. WBTT’s sizzling signature style makes this a memorable Christmas treat that’s fun for the whole family! Performances are December 4-6 and 18-20, 2019 at the Sarasota Opera House. A Motown Christmas is not included in the subscription series.
Three- and four-show subscription options will be offered to accommodate subscribers’ schedules and preferences. Seating capacity will be increased by the theatre renovations. Current subscribers will be able to renew their subscriptions beginning on June 3 by mail. Individual ticket sales and subscriptions for new subscribers will go on sale August 1. Subscriptions will be processed in the order that they are received; best seats available will be assigned for the dates requested, and priority will be given to season sponsors who contribute $2,500 or more.

PHOTO IDs:
Tarra Conner jones performs in the 2017 production of ‘A Motown Christmas,’ which will have a limited run at the Sarasota Opera House in December 2019
Photo by Don Daly
Nate Jacobs (center) and artists from WBTT perform a musical number from ‘Your Arms Too Short to Box with God’ during WBTT’s ‘Hush! Hush!’ season announcement event
Courtesy photo/WBTT 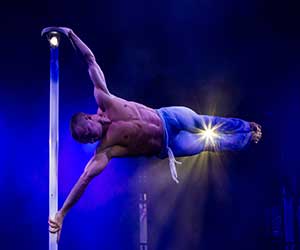 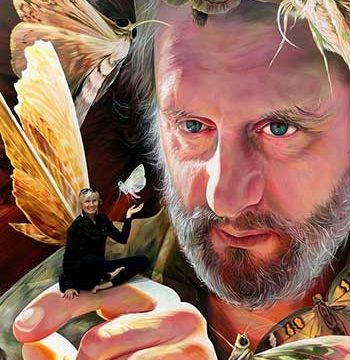 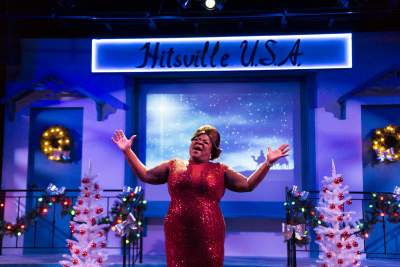 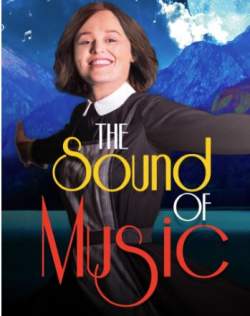